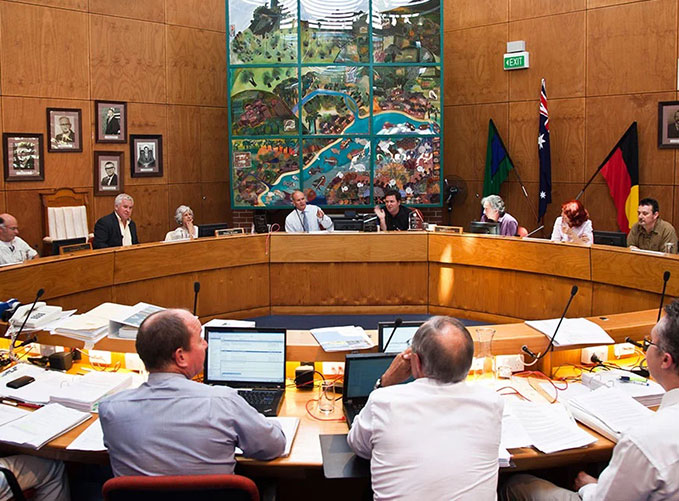 Council Elections – What You Need To Know

December 4th is the day the shire elects a new council. This is an important election as the future of the shire is at a pivotal time. Next month’s issue, we will look a bit deeper into candidates policies and backgrounds. This time it’s just an overview of who is running.

In the last council election, the Greens led by Simon Richardson won 49% of the primary vote. This was enough votes to elect Simon as the mayor and three other councillors. Simon Richardson resigned in April 2021 and Michael Lyon has been the interim mayor. Michael has left the Green Party and is now campaigning for mayor as an independent.

Currently, the Greens are in a world of pain and will not get that level of support this time around. If the primary vote drops to around 30% or below they will not be re-elected and that will be justified. Branch stacking, public brawling, in house feuding, nominating an uncharismatic leader like Duncan Dey – all of this and more, make the Green party on the nose and their prospects have shifted from good to uncertain.

Fortunately, the shire is not at a loss for viable alternative candidates. It is heartening to see a strong group of centre-left, progressive, capable candidates who have thrown their hats in the ring. From what I understand the following four are making an agreement to preference each other. Any of these four will make a good mayor and lead a collaborative, innovative council:

Full disclosure here: I declare that I am openly supporting Mark as I believe he would be an excellent mayor and able to set us up correctly for where we need to be heading in the next five to ten years. Also, not to be ignored, the three women candidates on the ticket are incredibly strong and capable people. Stand out platform issues are Rail Trail, bike paths, revenue earning (including getting back a fair share of stamp duty), affordable housing, save the beach. He also has well-rounded experience in law, business, the arts and community projects.  More platform ideas are on the website.

Bruce came out of nowhere and was thought to be a dark horse. But as a lawyer with a wealth of experience and history dealing with councils and state politics, he would be excellent on the council. I have only known him in the last few months during the election lead up and he is a real human with heart in the right place. More than a few old Byron hands I know are backing him. I hope he gets on council. More policy details here.

Asren is a good guy and would be a capable and decent mayor or councillor. The Pugh family includes artist grandfather, Clifton, and environmental activist father, Dailan. The only negative to say about Asren is he is using a council position as a pathway to enter politics either federal or state. Nothing wrong with that, but I rue the day that party politics entered local councils.

Michael comes bruised and battered from his dealings with the Deep Green faction. He is currently the interim mayor since Simon resigned and has shown resilience under pressure. Affordable housing is his signature issue, and Sama Balson from Woman’s Village Collective is number two on the ballot. He looked uncertain navigating the Covid health orders and prevaricating on “To vax or not to vax?”.

Whoever is elected mayor automatically gets their second candidate elected as a councillor as their primary votes get reassigned. Therefore, if the numbers go against the Greens, it will be one of the above as mayor as their preferences will go to whoever is the strongest.

In that case, a likely scenario if the Greens don’t get the numbers, will be one of the above four will be mayor plus their #2.  If the other three mayoral candidates are elected as councillors then that will be a block of five centre-left progressives. The Greens will still get at least two, Duncan Dey and Sarah Ndiaye. Sarah will work well with the above majority as she is experienced and not a captive of the deep green ideology. That ideology is “Just stop everything as it is the best way to save the environment”. This was an OK and workable strategy back in the ’90s when we were not an exploding global real estate and lifestyle destination. Our present situation needs to be proactively managed. It is no longer viable to just pull up the drawbridge and hope the moat holds.

If the votes fall as above, that will be 6 council seats plus the mayor. There will be two more seats. One will be Alan Hunter, the only conservative and loosely aligned with the Nationals. Although I do not share Alan’s politics he has consistently been a rational, productive and balancing vote on council and it will not be a problem to have him back.

That will mean the last remaining seat(s) will go to either Basil Cameron, Cate Coorey or a third Green, Mathew O’Reilly. Basil and Cate are hardworking and experienced councillors, but they get stuck in the details and are not big on the vision thing. Mathew O’Reilly is an agitator and comes with lots of issues. All three of these candidates are in the “JUST STOP EVERYTHING!” brigade which is not a viable strategy going forward.

Hope that helps. Next month I will drill down a bit deeper with some of the candidates and even share some juicy gossip and scuttlebutt.