This property is a 100-year-old wooden church between Lismore and Alstonville. It sits on half an acre and includes a commercial kitchen, high ceilings, all wood paneling, a large car park, and a loft-style apartment. Be great little business like a restaurant or wedding venue. Will be going to auction on August 22 with McGraths Ballina 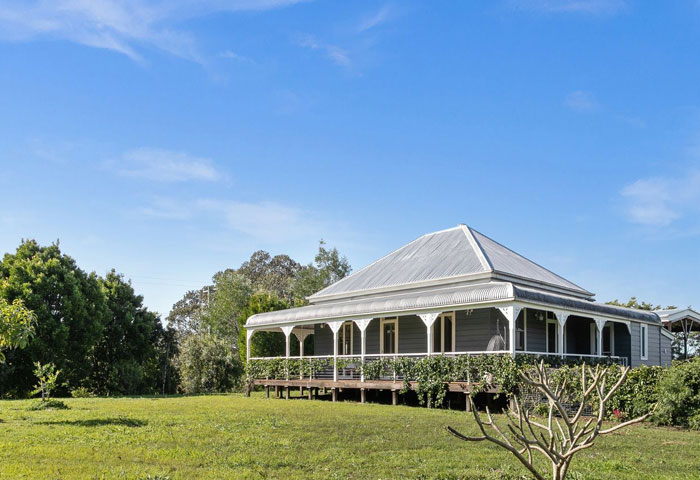 This is a bit of a classic. Rustic renovated farmhouse on 90 odd acres. Comes with macadamia trees and a separate studio for ongoing income. Going to auction with Greg Price with Byron Bay First National on Saturday 29th of August. 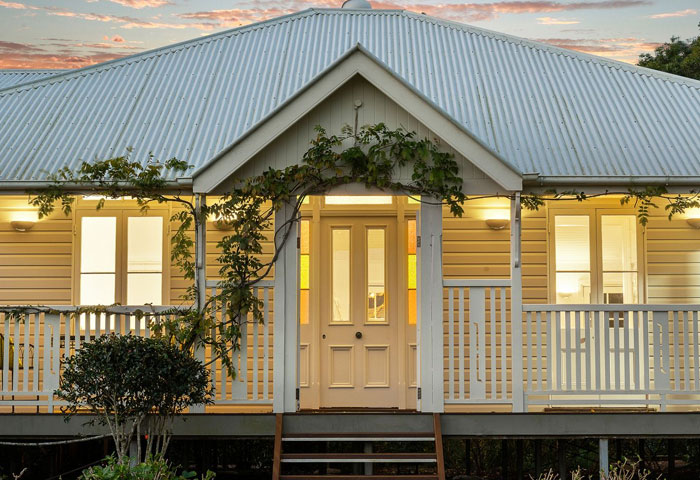 Have a look at this one and dream. Three character residences on 88 acres. Eight bedrooms and five bathrooms in all, DA approval for a pool. Income-producing macadamia. Trent Stana at Bangalow Real Estate with hopes for over $4,100,000. 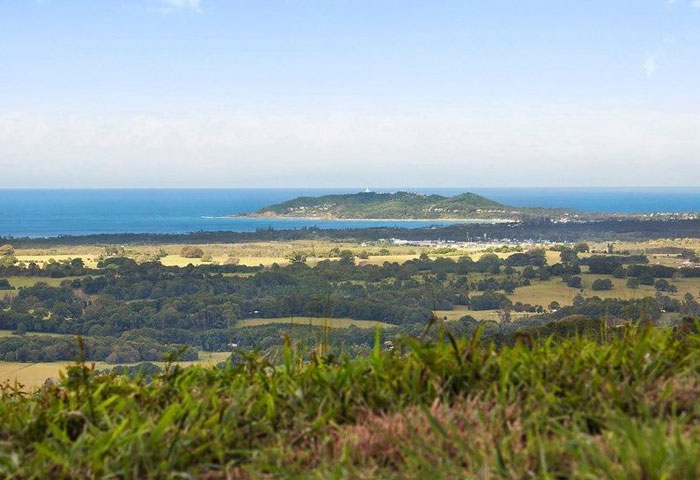 This property is causing a bit of a fuss as the owner put it back on the market as soon as it got its Development Approval. It is vacant land but includes DA approval for a restaurant and rural dual occupancy (two full houses). The neighbors are a bit concerned about the rural peace and quiet being broken. It is beside Scarabolotti’s Lookout which has already had ongoing disturbances from illegal campers. Listed with Nick Dunn at McGraths and currently asking $4,250,000. 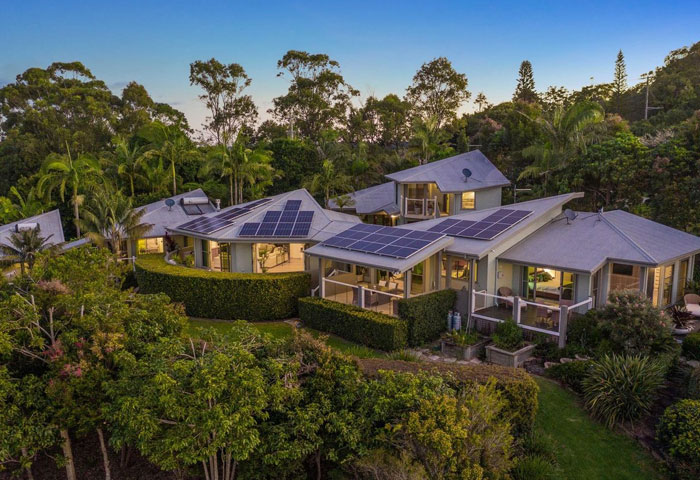 This one is a newly renovated 4 Bedroom, 4 bathroom luxury home on 7 acres. This is a sought after location and this property is an approved B&B and has approval for two more dwellings. Christian Sergiacomi at Pacifico Property is asking for $4,100,000. 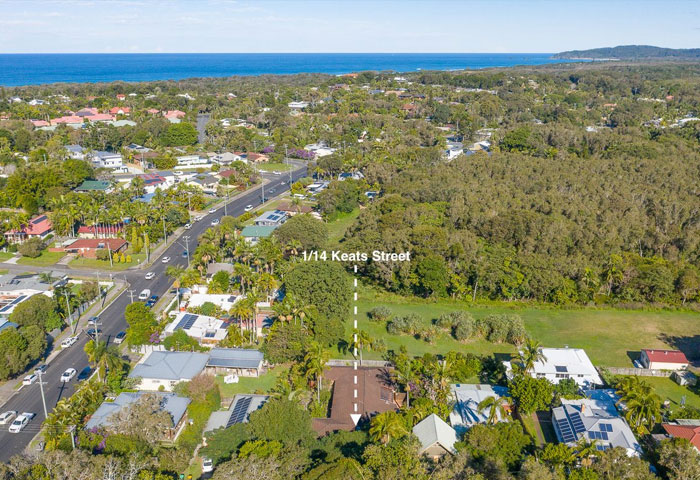 1/14 Keats St Byron Bay
Not often I see something for sale in Byron Bay this cheap. A two-Bedroom unit in Keats street for $720,000. Keats st is in a good location and walk to town. This unit is the one on the street but has a north aspect. Listed with Harcourts

6149 Tweed Valley Way Burringbar
This is a good entry-level option for an FHB or investor. 3 bed 1 bath basic house on a 986 block of land. $449,000 with Elders Brunswick Heads.

7/293 Wharf Road Goodwood Island (Yamba)
This is a 1 bed 1 bath original fisherman cottage on leased land. The purchase cost is $85,000 for the cottage and lease of land is $65 a week. Cannot be expanded or rebuilt. Has river views. Contact agent down below

How much is a block of land in Byron Bay these days? This one would give you a good idea. This one is in the Seacliffs estate, inland from Suffolk Park. Has a view on to trees and is 1153 square metres. Nick Dunn from McGrath’s Byron Bay is asking $785,000.

At the other end of the scale is a block of land in Border Street, Belongil Beach.  751 M2 with a short walk across the dunes to Belongil Beach. Yours for only $2.25 mil. 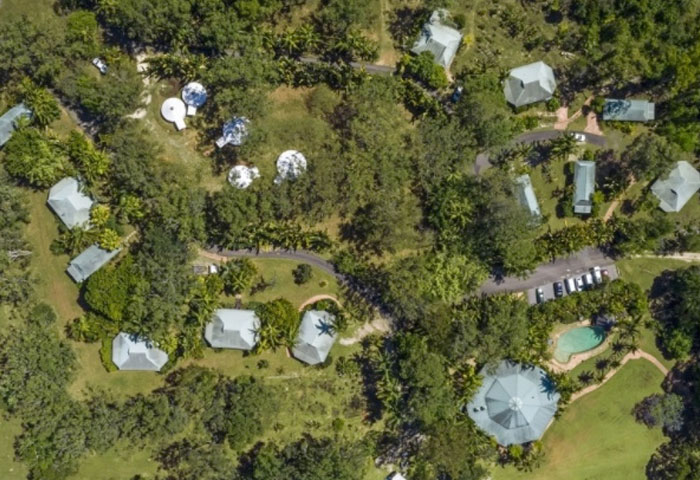 Peppers Retreat has been listed for a while and is one of the few fully approved retreats in the Byron Bay Hinterland. Includes 12 luxury cabins,  family-friendly accommodation (72 beds, 18 bathrooms in total) plus 5 yurts and managers quarters.  Its sits on 66 acres and is bordered by a flowing creek. Was for sale for offers over $12 mil but is now EOI. Contact Michelle Jackson at Byron and Beyond. Matt Damon not here
Early last year there were rumours that Matt Damon was buying a property in Byron to be near his mate Chris Hemsworth. He did make an extended visit and stayed at a luxury rental in Owenia Way, Broken Head (pictured). Instead, the leading man just purchased in Brooklyn Heights, a not very upmarket area in New York, and upset his new neighbours. He closed the street off for the whole day, while a crane lifted furniture and plants up the 14th-floor apartment.

Nicole Also Buys in NY
Good to hear that “Our Nicole” will be spending some time in Byron Bay Shooting her new series ( see Around The Traps this issue). She and hubby Keith Urban have just purchased a two-bedroom New York City apartment for US $3.5 million.

The couple already have properties in  Los Angeles, the Southern Highlands, a farm in Bunya Hill, a penthouse in Sydney but spend most of their time in a mansion in Nashville. Nicole started her property ladder ascent with a one-bedroom apartment in Mossman while still a teenager in the 80s.

Who is Zac Efron?
I had to ask my daughter who is Zac Efron and why I should care. The star of big Hollywood movies like High School Musical and a current heartthrob has been laying low in Byron to wait out the COVID crisis. He has been spotted in only a few local haunts but mainly the new and very trendy General Store. The Bangalow Road, Byron venue has its own “trendy” quota as it is owned and run by a member of a globally successful band, Parkway Drive. Yes, so named as the garage where the boys first thrashed their axes in was in Parkway Drive Ewingsdale. Byron Council has stopped putting up street signs as they are quickly harvested as momentoes.