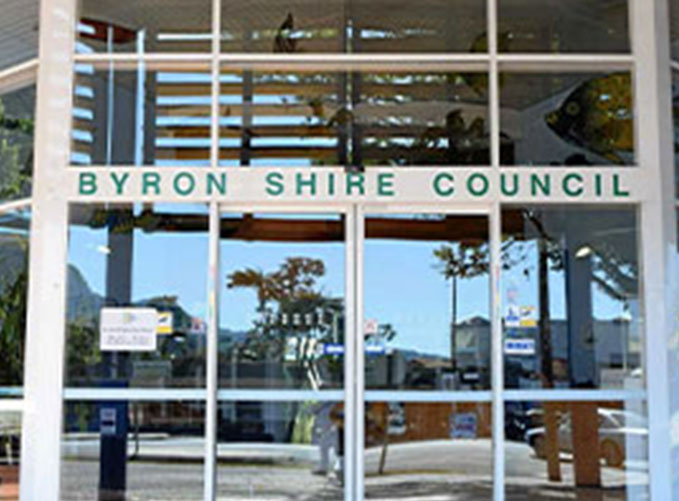 The Byron Shire Council has settled in and the new councillors are hitting their stride. Meetings are no longer public and now being held in the conference room. Spectators need to make an application to get inside. Apparently, this is so the chamber can get some renovations. The conspiratorial amongst us may ponder if it is to keep some of the more pesky and belligerent council watchers at a distance.

Councillors have just had a 2% pay rise. Each is now paid $21,100 for the 22/23 financial year. The mayor gets that plus an additional $45,140. Those of us who are hyper-critical of our elected representatives need to be reminded it is not for the extravagant remuneration. There would be a degree of civic duty and they should be respected for their service even if you do not agree with their decisions.

These are a few of the agenda items slowly making their way through the maze:

The state government is providing funding to house people who have been displaced by the flood. Council-owned land in Brunswick Heads has been chosen to be the location. There are two vacant blocks in Excelsior Circuit, Brunswick Bayside and a larger piece of remediated land behind the Brunswick Heads bowling club. This area used to be the Sewerage Treatment Plant (STP) before it was moved to Valances Road. Of course, there is the usual argy-bargy and complaining about lack of due process and community consultation. But this is probably necessary as this is an emergency and emergency housing is allowed to jump the queue.

The SMH included this article last weekend. It outlines more about the NRRC – Northern Rivers Reconstruction Corporation. I have not seen any evidence that the council or the community are on track to benefit from this possible largesse, as was outlined in last month’s edition. The NSW premier is stating that reconstructing the NR after the flood is his #1 priority.

There is a similar degree of discord over the planned “affordable housing” proposal in Mullumbimby. This is the plan to build units and studio apartments above the parking lot on Station Street, diagonally opposite council chambers and between Hoopers and Milk and Honey restaurants.

The new council has just appointed a raft of advisory groups to get community input and expert opinions on a variety of issues. One of these is the affordable housing advisory panel. They will be tasked with trying to sort out homelessness, skyrocketing house prices and the housing shortage as well as the shire’s dread of any new development. Good luck with that. More detail on this issue is here.

The ‘Rail with Trail’ is the hybrid model proposed for the old disused rail line. Previously known as the MURC – Multi-Use Rail Corridor. Our three neighbouring shires, Tweed, Lismore and Richmond Valley have chosen the simple option. This is to remove the train tracks and convert them into a rail trail for bikes and walking. This is a proven model around the world as well as many in Australia.

As usual, BSC has chosen a more convoluted option. The idea is that the corridor can support both a rail-trail AND a light-rail train has been promoted strongly by current mayor Michael Lyon, ex-mayor Simon Richardson and retired councillor Basil Cameron. A large amount of council funds has been spent researching this model and it still looks to be a long way short of getting the funding required. Michael Lyon has said on record that he will give it a year from the council election and if government funding and support are not found, to move on with the rail trail idea. That means at the end of the year, BSC will have to move on from this more grandiose vision and get in league with the other shires on the Casino to Murwillumbah line and do the rail trail. You can find out more about the NR Rail Trail here.

The previous council initiated a Project Reference Group to investigate the option of starting a natural burial ground in the shire. This is a more ecologically friendly model for funerals compared to burning. The body is placed under a tree and the looks more like a park than a cemetery. It seems like the large area of land north of Mullum known as Valances Road is where the site is being proposed to be placed. This is where the new Sewerage Treatment Plant was put so there is some symmetry there. You can see where the burial grounds are proposed to be here on this council link. There are many hundreds of these in the UK and a growing number in North America. There are only a few in Australia, including this one on the Mornington Peninsula in Victoria.