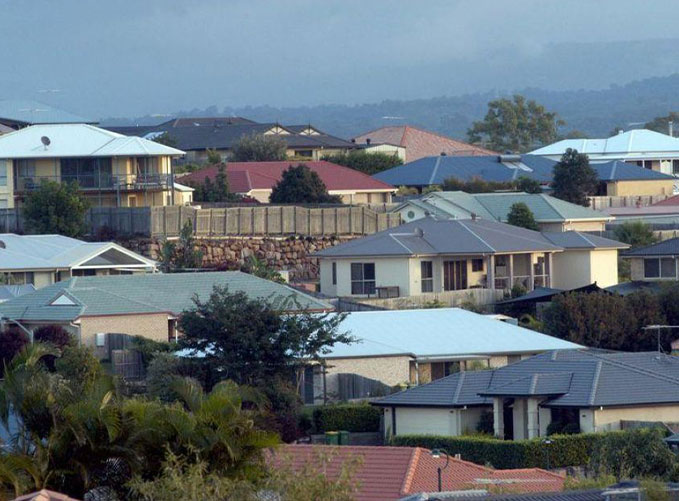 For many thousands of years, homo sapiens wandered the earth without the need to pay mortgages, rents, or rates. The idea of owning land or property was as alien as space travel or therapy. Indigenous tribes were inalienably linked to the land, sea, and water. The idea of owning it, being separate from it, was a concept that never came up.

When people started to plant crops and domesticate animals 10,000 years ago, the ploughed land and animal enclosures started to look like a boundary. Tribal settlements turned into villages and instead of being nomadic, people started to settle down in one place. Then feudalism took over and the peasants paid liege to the lords or kings on whose lands they worked.

The Right To Own Land

When it got too crowded, adventurous Europeans began exploring new lands. They also had the clever idea that if they planted a flag in the ground, they could call it their own. This didn’t end so well for the locals but in those days ‘might was right’. This led, for instance, to such apocryphal stories as the $24 in trinkets the Dutch paid the Lenape tribe for Manhattan in 1626. With the advantage of hindsight, it is easy to see who got the better deal. But at that time, the Lanape were probably amazed at their good fortune. ‘What idiots!’ they were thinking back in their tepees. ‘They think they can now own the land?’

Not long after this famous land deal, the concept of private property was getting traction in Britain. The Enclosure Acts in the 1700s forced the peasants off the ‘commons’ and into the slums and factories of the industrial revolution. The argument was that the ‘common land’ was not being managed efficiently. A side effect of these productivity measures was the deportation of inconvenient misfits and ne’er do wells to the colonies. The flag-planting trick turned out to be extremely useful.

The Loss of the Commons

In 1968, entrenching private property got another boost with the publication of an article by academic, Garrett Hardin. ‘The Tragedy of The Commons’ proposed that the practice of land and resources being managed communally was inefficient and unsustainable. Even though the research was challenged, and Hardin later retracted his thesis, the idea took off and was embraced by politicians and captains of industry. Privatisation became the high-octane era-defining fuel of the neo-liberal economy in the Reagan and Thatcher years.

These days, very little of the Earth’s surface remains unmapped, unmeasured or unmarketed. Australia had its part to play in the process of turning land into property. Sir Robert Torrens introduced centralised land title registration into the South Australian parliament in 1858. Iterations of “Torrens Title’ is now entrenched in most countries around the world. Australia is a home-owning nation with the zenith in the 60s when 70% of properties were owner-occupied but that proportion has been steadily declining. Residential property is now around $10 trillion, by far the biggest asset class. Since this economy depends on the success of both mining and construction. We can see the hesitation and fear when any political party even thinks about wobbling these sacred cows.

Seeing housing as a basic human right, as stated in the UN charter of human rights, as well as using it as the main driver of an economy is an obvious contradiction. Compounded by the fact that government coffers are a major benefactor of the real estate boom. Around one-third of the cost of each new house goes to government taxes, fees, and charges. Stamp duty is a massive revenue earner for state treasuries. When you combine all these costs plus escalating capital gains, a new home is unaffordable even before it is finished. The current definition of affordable is when the rent or mortgage is below 30% of an average wage. It is now common for housing costs to be 50% or more and affordable housing is a quaint concept from our recent past.

All levels of government have been tinkering around the edges of this complex issue without getting close to a solution. Most of their schemes like first homeowner grants only increase house prices and therefore inequality. At least there is now a mounting recognition of the need for more social housing, which has been neglected for decades. There are also some interesting green shoots developing with hybrid housing models. This is a combination of the public and private where there is a mixture of government subsidy or public land partnering with private ownership. It could be looked at as the ‘middle way housing solution’ – neither social housing nor freehold title.

Many of these ‘mixed market models’ have many successful precedents overseas. Housing in Singapore, hardly a bastion of socialism, has 81% of its population in state-built housing. Australia’s problem got out of control when it outsourced all housing to the private development industry. Then planning departments are overlayed with complex and restrictive compliance regulations and DA processes, taxes/fees already mentioned, as well as outmoded financing and funding regulations. All this makes it impossible to innovate and masterplan for integrated communities. No wonder unit blocks, or brick and tile subdivisions are the only items on the housing menu.

Just some of these mixed models that are getting attention include; build to rent, rent to own, co-housing, manufactured home estates, community land trusts, tiny home villages, deliberative development, manor house, live/work, plus many more. Some models will grow and prosper, and some will not make it past trial and error, as what happens in a capitalist economy. But planning regulations will need some amendments for many to work properly.

As well as all levels of government need to adapt and innovate, so will residents and communities. Many of these new mixed models will require a higher degree of density and communal space. The fenced quarter acre block with a clothes hoist in the backyard was the norm when the baby boomers were growing up. New housing models are beginning to get a look in and are gaining acceptance, but they will need more push from the public and innovation from policy regulators before becoming fully integrated. Are we ready to find our way back to “the commons”?

One Reply to “Peak Property”