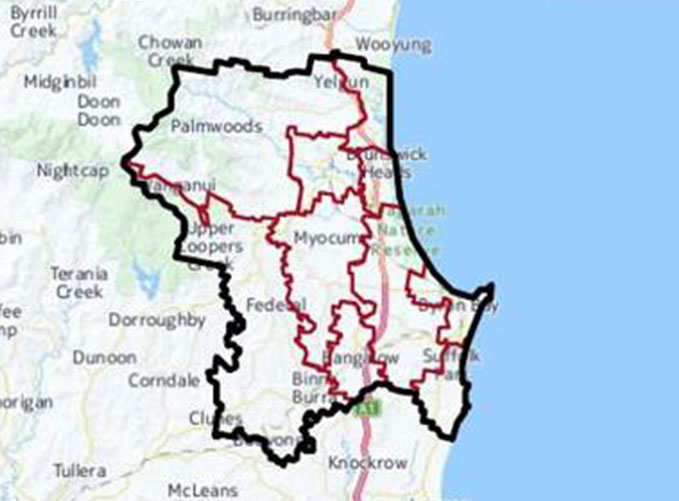 The Byron Story – in graphs and stats

Since 2011, we have increased our population by 500 – 600 people per annum, which is a 3% per annum increase. This is on par with other regions – some regions are increasing more, some less. The increase can be broken down into; 163 by natural growth (births), 50 internal migration (from inside Australia), 323 overseas migration (includes returning ex-pats). The shire remains predominantly caucasian with English, Australian, Irish, and Scottish born comprising over 90% of the residents.

Surprisingly, Byron Shire is not above average in retirement age residents. Many people assume we are baby boomer heartland. We are lower than average in the 18-24 demographic. This has been a long-term trend that many of our young people move to the city for a time. We are higher in what is called the “Dominant Contributor Age” 35 – 60. This is good as these are the ones who pay the taxes.

An interesting observation is that most internal migrants are from southern city beach suburbs. The highest contributor to new Byron residents is from Sydney Northern beaches. Randwick area is next, followed by the southern suburbs of Melbourne.

The biggest employer is Accommodation and Food. This has been steadily increasing since 2015. Then comes retail followed by Health Care. Byron Shire’s Gross Regional Product is $1.84 billion, which is 0.3% of the state’s GSP (Gross State Product). Food is the highest exporter from the shire and makes up 30% of exports.

The graphs are interesting in seeing just how few people are actually employed in mining – nationally not just our region. There should be another graph showing how much money mining companies spend in lobbying and advertising to convince us how valuable they are as an employer.

In June 2018, Byron Shire had a median house valuation of $1,019,802, $279,358 higher than the New South Wales median. The median rental of $650 is $185 higher than the median house rental in the rest of New South Wales. Interestingly, Byron Shire has less medium density housing than any other Northern Rivers Shires. Byron Shire has more stand-alone homes than other shires. Although low in numbers, as far as turnover is concerned, real estate is the biggest money-spinner with 1 out every 4 dollars spent in the shire in property (25%). Construction is the next highest in turnover.

Households in Byron Shire have a lower amount of disposable income compared to the New South Wales average. Even though 6,052 people or 44.6% of Byron Shire’s residents have a tertiary qualification. This may indicate that Byron Shire is experiencing levels of inequality like the rest of the world.

The COVID-19 pandemic has had a big effect on the shire due to the large number of people employed in food and hospitality. 20% of the population are currently receiving benefits from the government stimulation package in the June quarter. 40%, around 750 people became unemployed due to the pandemic. Local jobs were cut by 10.2% post- COVID, 19.9% if you include figures for JobKeeper. The top 3 sector Impacts were Accommodation and Food Service -671 jobs, Education and Training – 191 jobs, Retail – 185 jobs.

The ID website can be utilised by anyone wishing to view the latest local area demographic and economic insights relevant to businesses in the Byron Shire. Visit the website link below.

Byron dreaming. Where will we be in 10 years?