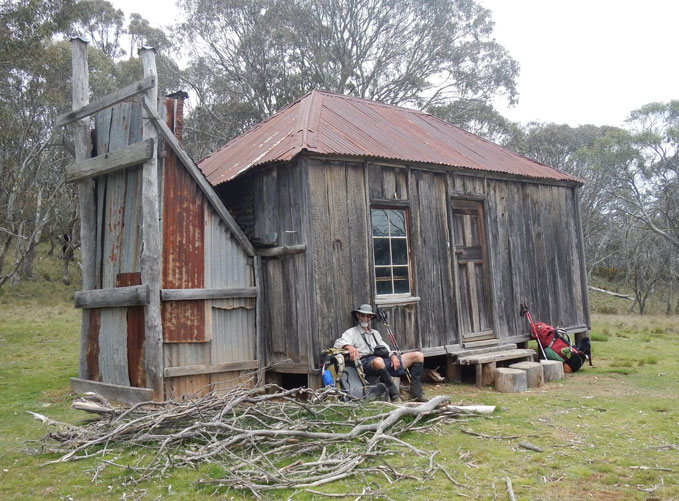 In 1950s China, Chairman Mao introduced the Hundred Flowers Campaign. The idea was to allow freedom of expression and encourage robust discussion. The phrase was “Let a thousand flowers bloom”. Unfortunately, Mao Zedong and the senior party cadres were overrun with criticism and complaint. The unintended result was that many thousands of flowers were quickly whipper snipped. Courageous and robust free thinkers were imprisoned or executed.

Owners of illegal or unapproved dwellings in Byron Shire may be thinking they are facing a similar scenario. Not imprisonment or execution, not even Byron Council is that heavy-handed. But if the good citizens come forward and fess up to the sin of illegal dwelling, will it blow up into a bureaucratic and expensive nightmare?  Main Arm residents are already in fear of homelessness and demolition.

The announcement of this proposal was badly reported and communicated. The situation is that the council is currently only looking for feedback on its draft Unauthorised Dwelling Policy. The 28-day public exhibition period will end on October 21 and the submissions will be reported back to the council in November.

The intent is to “identify planning pathways and consequences” for unapproved homes where the owners were seeking regularisation. Owners of unapproved dwellings would like to be legal, and the council would love to be rid of the myriad of problems that non-compliance brings them. Unfortunately, there is a lot of distance between these two goals.

There is still a lot of distance to travel before this policy is even introduced. Many consultants and town planners are fielding calls to look at this issue. But it is not nearly time for that. The council is merely seeking feedback on the draft policy and I encourage people to do this. You can make a submission here. But first a bit of background.

Back before Byron became popular, many rural houses were unapproved. Rural houses were either: 1. Legal. 2. Built before planning controls existed. 3. Built legally but not yet attaining a ‘final’. Or 4. built illegally with no DA. But even then, and more so now, when a new home is completed and all the inspections are passed, you need to get your ‘Final’ – the all-important Occupation Certificate. Back in the good old days, many residents didn’t bother with it and life went on. Now increasing numbers of buyers are using city conveyancing lawyers paid to dot the ‘i’s and cross the ‘t’s for urban purchases, and their cry is, “No final, No deal!”.

This issue is complex and difficult to navigate.  There are pros and cons on both sides, and like always, it will please some and annoy others.  Here are the arguments for and against proceeding with this strategy:

1. Duty of Care
Council has a duty of care and a responsibility to ensure that residents are living in safe and hygienic conditions. Considering the outrageous house and rental prices now prevalent around Byron, it may seem reasonable for renters to seek out cheaper and often unapproved dwellings. However, if people start getting ill from inadequate sanitation, hurt or even killed in housefires or if children start drowning in unapproved pools, the lawyers and insurers will get involved and someone will have to pay – and you can bet your bamboo socks it will be the ratepayers. Also, those living off-grid may look like they’re getting back to nature but when septic and greywater is found running into creeks and streams, it’s not very ‘eco’ at all.

2. Fire, Floods and Plague
With the onset of climate change and a warming planet, fires are an ever-increasing issue. It is understandable council has a desire to keep people safe. They need to know where these dwellings are so in the case of a fire, the RFS can be informed and do what is required to keep everyone safe.

3. Paying for Potholes
We hear of lots of chatter about how the tourists don’t pay their way and we have to supply roads and services for them. This is correct. But it also true that those enjoying unapproved structures, both as tenants and landlords, are also getting a free ride. If $10,000 is the normal council contribution for an approved dwelling, then 1000 illegal dwellings equate to $10 mil forgone revenue. 2000 illegal dwellings mean $20 mil that does not go into road repair or services. Please make a solemn pledge now – if you live in or rent an illegal structure, desist from complaining about the potholes. Instead, get legal and pay your way if you want the potholes fixed.

4. Best for resale
Most people living off-grid and off-plan had the idea that they would be there forever. That is not always the case and when a property is sold or passed on, these illegalities can be a major problem for buyers or heirs. People on the edge of legality would be well worth getting a Final. Most buyers want everything in place with a new purchase and anything illegal or without an Occupation Certificate gives a buyer grounds to negotiate a price reduction.

1. Let sleeping dogs lie
Lack of housing is such a problem that it would be best for council’s compliance officers to just turn a blind eye. We already face the danger of turning into a wealthy enclave where only the well-heeled can afford to live here.  We need to keep low cost and inexpensive dwellings to keep the diversity. What kind of shire would we be if we did not maintain the artists, dropouts and hippie culture which has made it such a unique place?

2. Compliance too difficult
Many people with a cottage in the bush will have no hope in getting retrospective approval, or able to meet the cost of retrofitting to satisfy necessary building standards. Short of doing massive amounts of land clearing, getting a bush cabin with native vegetation nearer than 30 metres away approved by council will be a non-starter. There are also many other compliance issues too numerous to go into here.

3. Good Planning Would be Good
One reason why lots of people have illegal dwellings is simply the cost and complexity of dealing with the council. This is not all Byron Council’s fault. NSW state planning policy is out of date, over-complicated and rigid. Queensland and Victoria have already overhauled antiquated planning policies but NSW is way behind the times. Regulations have been piled on top of regulations in an already over-regulated environment – especially with the extra layer of bush fire risk and Asset Protection Zones. It has also been a policy to make it as difficult as possible to stop overdevelopment.

In true Byron style, some owners try to follow the middle path. Byron Shire is the land of the illegal kitchen. Many structures are legal but include a cut-down, simple kitchen that is unapproved. Everything but the kitchen sink, and oven, seem to be OK. Full ovens are a no-no because they require upgrades in electrics. You can have a sink outside of the bathroom if you can argue that the ‘studio’ or ‘office’ you are seeking approval for needs a sink. But again, insurance can be problematic. If the building burns down and the insurers argue that the fire started in an unapproved kitchen, you may not be covered.

But being ‘a little bit legal’ has concerns, even if all levels of government seem incapable of fixing this problem in the short term. So it is understandable, in the midst of this severe housing crisis, that landlords are sincere in their desire to provide renters with more accessible housing. I know of many locals who have decided to build cabins and studios, not out of greed for rental income, but to provide shelter at a reduced rent to those in housing stress.

This is a massive issue for Byron Shire – Council and residents. There are no official stats but it would be reasonable to guess that a sizable proportion of local people are living in unapproved structures. Especially in Byron shire where the cost of housing is off the chart.  There is evidence, however, that we have a paucity of medium density dwellings of all Northern Rivers shires. We have an under-average capacity for diverse housing for singles, couples and elderly. Allowing more housing diversity in the planning process is one way to offset the growth of illegal dwellings.

It is possible Council may be making scary noises to make people aware that this is a problem and make sure you follow the building regulations as much as possible. I don’t see that Council have the stamina or the will to charge up into the hills and start bulldozing homes just yet. But they may be trying to scare residents so that things do not get out of hand. Unfortunately, this also plays into a growing mistrust of council.

But most likely, Council is very concerned about this issue. The proposed moratorium is a way for us to start a conversation about it. Council wants your input and thoughts. They do not want to put demolition orders on people’s homes. But it may have to come to that.