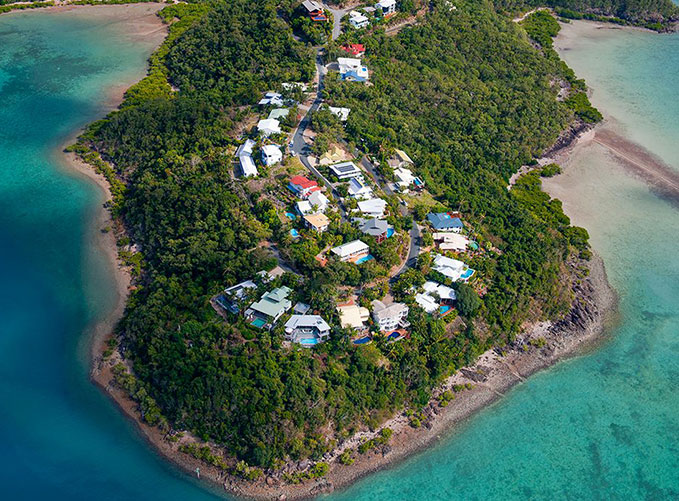 What the Media is Saying

Michael Di Cecco, his partner Ava and children Giuseppe, 5, and Tilda, 1, are leaving their home in Tecoma in Melbourne’s outer east, bound for Tanglewood, north of Byron Bay.

The former musician’s world came crashing down along with the music industry in Melbourne when COVID-19 hit in March. He went on Job Keeper and Ava was made redundant from her job, ending a few chapters for the family.

“It was the second lockdown when I couldn’t find work, so I started looking for other ways of making an income and I did the mortgage broking course and started to re-skill in that industry,” he said. “A year ago if you’d said I’d be a mortgage broker and moving up north, I would have probably laughed rather heartily — it’s very random. 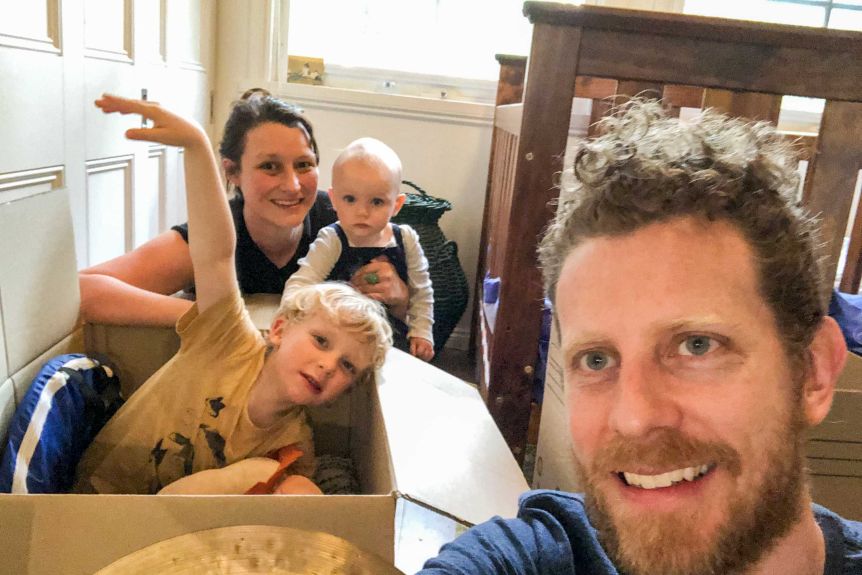 “I’m really excited about just a fresh life start for the family. It’s both scary and exciting but I’m looking forward to giving it a crack and seeing what happens.”Australian National University demographer Liz Allen said COVID-19 has disrupted lives on a seismic scale and has resulted in some “pull” and some “push” responses.

“Is it that Melbourne is still meeting the needs of people who live there? Could it be that people can no longer afford to be there? It could be the realisation that you just want to reprioritise life,” she said. “During periods of trauma, we take stock of our lives and I think this COVID crisis has led to not just people in lockdown but people all across Australia re-evaluating the priorities in their lives.”

She believes there will be a correction in the long term and people will return to Melbourne with restrictions lifting across Victoria. Mr Coward expects inquiries to leave Melbourne will taper off, although it will take time for people to return. “You’d probably expect people won’t make big interstate moves every 3-6 months, it’s probably like a 12-month cycle,” he said.

“You might see that rebound and come back into more people wanting to move to Melbourne over the next 12 months once they’ve had their stint somewhere else.”

Demand for luxury property outside Australia’s major centres is outstripping supply as wealthy homeowners swap city residences for beach houses and country estates. As a result, the pandemic-inspired outmigration is creating upward-price pressure in some previously untapped places.

Since COVID-19 arrived in Australia, affluent families from the country’s capital cities (and expats from around the world) have been seeking greener pastures where they can get more square footage for their dollar and an iso-friendly home with ample land and a home office.

Historically, Australia’s eastern cities—predominantly Sydney, Melbourne and Brisbane—have seen the greatest sustained price growth in the country. However, in a post-Covid-19 “work from home” world, that natural order has been turned on its head.

Although regional prices are on the rise due to domestic movements, international investors can find great value due to a weakened Australian dollar. The potential for great deals and future price growth on luxury property in stunning Australian locations is out there, but savvy buyers just need to know where to look.

One standout market during Covid-19 sits hundreds of miles from the once-booming big cities. Byron Bay, Australia’s most easterly town located in the state of New South Wales, is home to a permanent population of just over 9,000 people but has the highest median house price in the country. That figure jumped from A$1.335 million (US$960,000) in January to A$1.568 million in September, according to data from Hometrack Australia, while the major cities experienced price falls.

Byron Bay, which is 751km north of Sydney and 165km miles south of Brisbane, was already shaping up as Australia’s playground for the rich and famous prior to the pandemic. The bohemian beach town is surrounded by picturesque rainforest hinterland that is peppered with multimillion-dollar homes. It began drawing global attention when Hollywood heavyweights like Chris Hemsworth, Matt Damon and Zac Efron either bought or rented luxury residences in the area.

Local realtor Christian Sergiacomi of Pacifico Property said while the location was hot property before Covid-19, the pandemic made it surge.

“At the beginning of coronavirus, I was getting multiple calls initially from Singapore, Hong Kong, Dubai, U.K. and then the U.S., Canada and Ireland— just everyone. I’d get off one call and I’d have a handful of messages with more inquiries.”

He said competition to secure a property had been so fierce, buyers were dropping millions of dollars on homes they hadn’t set foot in and couldn’t for months due to lockdown.

Mr. Sergiacomi’s team sold a charming four-bedroom character bungalow in the heart of Byron Bay in June, during the height of Covid-19 restrictions. The renovated property went for its full asking price of A$3.6 million in less than one week.

Deborah Cullen, partner at prestige brokerage Cullen Royale, has been working with affluent homeowners buying country estates for years. One tightly held region, the Southern Highlands, less than two hours southwest of Sydney, is another playground for wealthy weekenders seeking a glamorous getaway and the chance to rub shoulders with the likes of Nicole Kidman and Keith Urban, who bought a compound there more than a decade ago.

“It’s an interesting time. A lot of my clients during Covid have chosen to base themselves from their farms or coastal properties where they have more space. Quite a few have even decided not to come back, with some going the extra step and enrolling their kids at local schools,” she said.

“It’s amazing—they’ve effectively swapped their city properties for their holiday homes, turning them into permanent homes.”

Value in Looking Outside the Box

Savvy buyers willing to house hunt outside highly sought-after markets such as Byron Bay are likely to find growth in the untapped neighbouring regions, according to Mr Sergiacomi.

“I’m a big believer in the Ballina region. It’s got several beaches and an airport that upgraded its terminal and doubled its tarmac size prior to Covid. There’s also a beautiful river system, a marina and infrastructure that’s the best in the region. The suburbs there have just as much sun, plenty of space and beautiful geography—and it’s only 15 minutes from Byron,” he said of the area. In Ballina central, the median house price is A$630,000, it jumps to A$800,000 in East Ballina.

Several high-profile restaurants and boutiques, once exclusive to Byron Bay, have also begun opening locations in the nearby Ballina region, indicating to investors that the area has potential.

Mr. Sergiacomi said that buyers willing to look beyond the Byron Bay “brand” could secure themselves a luxury lifestyle for less, with the opportunity of price growth.

Ms. Cullen added that with such an influx of wealthy homeowners investing in regional Australia, these once remote towns will be transformed.

“I’m really excited for these country areas which have gone through droughts and then bushfires at the start of the year to now,” Ms. Cullen said. “Finally, people are wanting to live there and build great communities.”

While the Covid-19-inspired rush to buy in the exclusive Southern Highlands continues, Ms. Cullen said buyers should also consider other regions within a couple of hours of Sydney.

“There is still potential for growth on the Central Coast and the Hunter Valley region. Also, the Hawkesbury area down through the valley and on the river; that’s been seeing a lot of attention of late, she said.

Where Investors Can Mine Untapped Markets

Simon Pressley, market analyst and managing director of Brisbane-based buyer’s brokerage Propertyology, said outside of New South Wales, the most expensive and populous Australian state, there were multiple locations where $1 million would easily secure a luxury home and lifestyle that would otherwise set buyers back multiple millions in the major cities.

“Since Covid, there’s been a flight away from the capitals and a greater appreciation for the core values of living. I’m not saying everyone’s going to buy an acreage and become a farmer, but we are going to see arguably the biggest drive for acreage properties that are within a reasonable commute of a major city center,” he said.

Melbourne, in the southern state of Victoria, has been hardest hit by Covid-19 with the majority of cases and deaths, therefore it has endured the strictest Australian lockdown. As a result, many wealthy Melburnians have been seeking space and serenity.

“If you’re looking for a fantastic lifestyle and value for money, then I would say Bendigo. It was a booming town during the gold rush era in the 1850s, so it’s home to some amazing Australian history and architecture. They had buckets of money to build, but they did it with style, and it’s still like that today,” he said.

Tropical North Queensland, which is home to the famous Great Barrier Reef and Whitsunday Islands, is “unbeatable” according to Mr. Pressley.

“You could easily find luxury properties starting from about $1.5 million up there,” he said. “The Great Barrier Reef is a wonder of the world, and the city of Cairns is on the doorstep. It has a major airport, the closest Australian international airport to Asia in fact,” he said.

“Then you’ve got Noosa, which is arguably one of the hottest markets in Australia right now. Even though over the last 10 years, the Queensland economy and the property market has been weak, Noosa has defied that trend,” he said of the boomtown just two hours from Brisbane.

September data for Cairns showed a median house price in the luxury suburb of Palm Cove sitting at $730,000, while further south in Noosa the figure was $1.155 million.

Property prices on Tasmania, or the “Apple Isle,” have been on the rise. The island state saw an 8.7% in house prices in 2018, and a further spike of 4.2% in 2019. Given that mainlanders are seeking space and cleaner air, quality Tasmanian property remains highly sought-after.

“You could name anywhere, it’s stunning, and for not much money, you can get a place on the water,” Mr. Pressley said. “Whenever I’m referring it, I like to heavily emphasize that it has the world’s best produce; whether that’s wine, beef, dairy, vegetables, or berries— it’s literally the best.””

A boom in property prices has also coincided with an upswing in tourism to Tasmania, which translates to a plethora of opportunities for people migrating to or investing in the state. He highlights the second largest city of Launceston as one to watch. While its median house price is $470,000, palatial properties such as the historic five-bedroom home, Glenfruin (currently listed at $3.54 million) would be asking upward of $20 million in an exclusive suburb of Sydney.

“I’d say $2 million would really be the upper limit of what you’d pay for a beautiful property there. It’s very affordable,” he added.