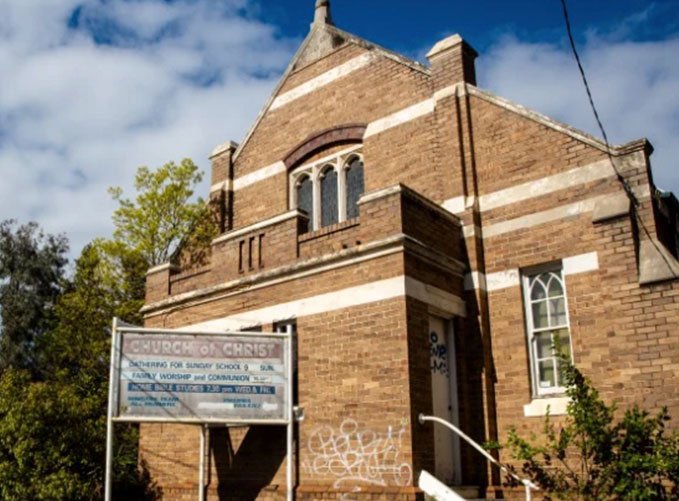 A derelict church in Marrickville is set to be knocked down for 54 affordable housing units after Inner West councillors defied a recommendation to heritage list the building last week.

And while it is just one block in one suburb, the mechanics and politics of the decision has wider significance in a city where housing affordability is a key challenge for all levels of government.

The proposal to heritage list the disused 1912 Church of Christ building was defeated after the Greens split, with Greens councillor Tom Kiat voting against the listing. Kiat, a 28-year-old socialist and lawyer, told Tuesday’s meeting that he respected the church’s heritage value but the council had to focus on improving housing affordability.

“We don’t want the inner west to become a playground for the rich,” he said. “We want it to be a diverse area. We want it to be a place where poor people can live, where working families can live.” It marks a departure from the standard position of the Greens, who are sometimes accused of contributing to Sydney’s affordability crisis by choosing heritage over housing and propagating a “not in my backyard” attitude to development.

“[But] young people are not fooled by the overwhelming majority of developers who say they will deliver housing [when] we know it won’t be affordable, it will just be s–ty expensive apartments. That’s what made this situation so unique and difficult.”

The Inner West Council voted seven to six against the heritage listing on Tuesday night. It clears the way for 54 affordable housing units to be built and managed not by a developer but by Churches Housing (also called Fresh Hope), which is currently fighting the council’s rejection of its proposal in the Land and Environment Court.

“This is not some outside developer tearing down a cathedral – it’s actually the church itself that wants to add social value back into the community by providing something the community desperately needs,” said Magnus Linder, chief executive of Churches Housing. The church hasn’t hosted a Sunday service in more than a decade and “can’t be used for anything because it’s very dilapidated”, Mr Linder said.

As is sometimes the case in local government, lofty rhetoric was deployed for and against the issue on Tuesday. Greens councillor Colin Hesse began by citing the 1912 textile strike of Massachusetts and its associated anthem Bread and Roses.

“Architecture and heritage are the roses, particularly on our streets, which excite us, annoy us, tell us about our history, tell us about our past,” he said. “We have to think about the roses in our society and this is a rose – not in everyone’s eyes, I will grant you, but a rose nonetheless. If we trample on the roses of life, then we lose something in our community.”

Another Greens councillor, Marghanita da Cruz, said it was “vandalism” to knock down the church “just because you want to build some apartments”. “We even know now that there’s an excess of apartments,” she said and suggested that car parks be converted to affordable housing instead.

Labor mayor Darcy Byrne, meanwhile, referenced former New York gubernatorial candidate Jimmy McMillan from the Rent Is Too Damn High Party in his remarks in favour of affordable housing. “It’s true for New York, it’s true for the inner west,” he said. “Most people can’t afford to buy or rent premises in Marrickville. So I consider that the greater imperative here.”

Liberal councillor Julie Passas, who opposed the heritage listing, said the derelict church reminded her of an electricity substation. “It has nothing nice about it,” she said. “We heard it called a rose. I call it a thorn.” Labor was also split, with councillor Lucille McKenna supporting the heritage listing and her colleagues voting with Byrne.

Progressives in local government face many conundrums when dealing with these matters. They are inclined to heritage protection and can be quick to sympathise with neighbours’ concerns about overdevelopment. At the same time, they want more affordable housing – although they often argue the state and federal governments should be doing more of the heavy lifting.

There is an emerging generation gap in how progressive local politicians approach this matter. Ben Moroney, a 32-year-old Green on Campbelltown City Council, calls himself a socialist but jokes: “Oddly for someone who’s quite left-wing I’m quite centrist on this issue”.

What that means, he says, is he’s sick of the binary debate that plays out in councils citywide between “there must be no more development” and “development should occur whenever and wherever developers want it”.

Moroney agrees “there’s probably a correlation” between age and attitude; younger progressives are less attached to heritage and more inclined to support big developments. But he’s as critical of older NIMBYs who want to heritage list everything in sight as he is of “market urbanists”: people, mostly younger, who believe any new housing will put downward pressure on prices.

“I think sometimes places do lose heritage value,” he says. At the same time, not every housing development makes homes more affordable. They’re often quite luxury apartments. Prices go up, really, no matter how much [building] activity happens. To me, that’s the issue.”

Moroney says there is “definitely a diversity of views” in the Greens on this topic, but believes the party is changing its language on development for the better. “We’re more willing now to talk about not just what we don’t want but what we do want,” he says.

That means identifying exactly what housing is needed and where it should go. “That’s an important way of bridging the gap – not just in the Greens but in wider society – between NIMBY and YIMBY,” Moroney says.