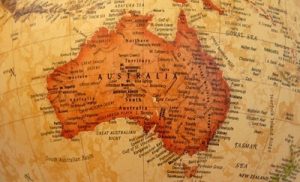 Most things fail without a good plan. Byron Shire has had a terrible track record of forward planning. The usual process is for a council’s planning department to release a rural or residential strategy for community discussion. The feedback is integrated and the policy accepted and then implemented. It is very hard to get any kind of consensus in Byron Shire. There are a number of reasons for this – a major one is outlined below.

The last elected council almost had a residential strategy ready to pass, only for it to be scuttled in the dying days of its term. BSC is currently calling for submissions for the ‘community consultation’ phase of its next attempt. I think this is where it all goes wrong. Anyone who has been watching this for a while will know the outcome: no one will agree.

The ‘Draft Residential Strategy’ is a ’20 year framework that tackles residential housing’ in the Shire’s townships. This is separate from Council’s ‘Rural Residential Strategy’, which itself has been lost in space with disputed amendments, obfuscation and delay. Council has already done some community consultation on the residential strategy to find out what stakeholders actually want. Here is the community input on what makes a livable neighbourhood:

Sounds pretty good so far, yes? But this is where the rubber hits the road. All these ‘feel-good’ proposals sound indisputable in theory but implementing them is a nightmare in practice. The Shire’s NIMBYs would have to agree to allow things to actually happen and Council would actually have to find the funds to pay for them. Which is the reason so many sensible and noble proposals drift off into the never-never.

Where, how and when

However, let’s try not to be too cynical and push on anyway. The North Coast Regional Plan 2036 (NCRP) anticipates that the population of Byron Shire will increase to 37,950 by 2036. Numbers in Byron/Sunrise and Mullumbimby are expected to increase by 30%, Bangalow, Bruns and OS by 10% and Suffolk by 5%.

Council hopes that Byron Bay will supply 650 new house sites on the still unapproved and controversial West Byron development, 152 on council-owned land on Bayshore Drive and 20 more west of Kendall St, Belongil. Plus there is space for 143 new lots in Suffolk Park.

Mullum apparently has room for more infill, as well as almost 2,000 new residents. One of the new land releases is known as Mullum South. This is the four large parcels of land stretching from Argyle St south of Ann St and includes the site known as Lot 22. This includes Mullum Community Gardens, and the land east of the Mullum Farm Co-op. This may be Council’s boldest and most controversial proposal. It includes social, sustainable, senior and affordable housing options as well as a town bypass. (See map.) Plans are also well advanced for the old Mullum Hospital site, with a proposed mix of community facilities, social housing and development.
Brunswick Heads has another 280 new sites in Brunswick Bayside. Bangalow is to supply 37 infill sites and 239 new subdivision sites.

Council is right in recognising the need for more diversity in housing options. Past planning has really only delivered two mainstream forms of housing: residential subdivisions providing 2,3 or 4 bedroom houses, or units.

The Plan states: As no single housing type can satisfy everyone’s household requirements, it is important to provide greater housing mix and choice in the Shire. This will make it easier to cater for our residents including young adults and the elderly, people with a disability, empty nesters wanting to downsize, lone-person households and new family units. Housing also needs to be accessible for households on very low, low and moderate incomes.

Who would have guessed in 1999 that in twenty years Byron would have more expensive housing than Sydney? Astonishingly – and worryingly – Byron Bay has now surpassed Sydney with the most expensive median house price in Australia. ($987,500 v $920,000.) Who would have thought 20 years ago that a house in Mullum would be pushing the million-dollar mark? These things have come to pass.

A Spoon Full of Medicine

Cr Paul Spooner, in a letter to The Echo earlier this month addressing the ‘need to change with the times’ criticized what he called Byron Shire’s ‘ostrich politics’ – our head-in-the-sand approach to decision making.
‘Refusing to adequately plan for community infrastructure [has left us with] crappy roads not out of place in the backwaters of a third-world country,’ he wrote. And ‘stopping tourism developments may have saved a snail but it delivered a town of holiday lets on steroids increasingly devouring a community.’

Both of Council’s suggestions will get pushback from the community. Infill development often gets a reaction from neighbours wary of density, loss of amenity and extra traffic. But large greenfield residential development is even more on the nose with Byron locals – West Byron being a case in point.
Council has a long wish list of ‘new and improved’ suggestions for living in the 21stcentury. Lifestyle options can include Micro Home Lots (lot size 100 sq m), Intentional Communities, Pocket Neighbourhoods, Senior and Disability Communities, Live/workspaces (like the Habitat development in Sunrise), New Gen Boarding Houses (12 to 25 sq m bed-studios), Indigenous Community Land Trusts – plus more.

Byron Council is also fighting the NSW ‘Low Rise Medium Density Code’. This allows medium- density approvals to be fast-tracked for many urban lots – commonly known as ‘Manor Houses’. Council needs to be supported in its fight against this proposal. Such development could quickly destroy amenity and character in our towns and villages. But this points out the problem. If we don’t develop our own way, we will be overrun by crass, easy, ugly high-density developments.

Byron Shire is at a fork in the road. Because of increasing demand and the subsequent astronomic cost of housing, we are being forced to make radical decisions. Byron needs to keep changing, as it has done for decades. We cannot afford to stand still under these pressures – or put our head in the sand and pretend nothing is happening