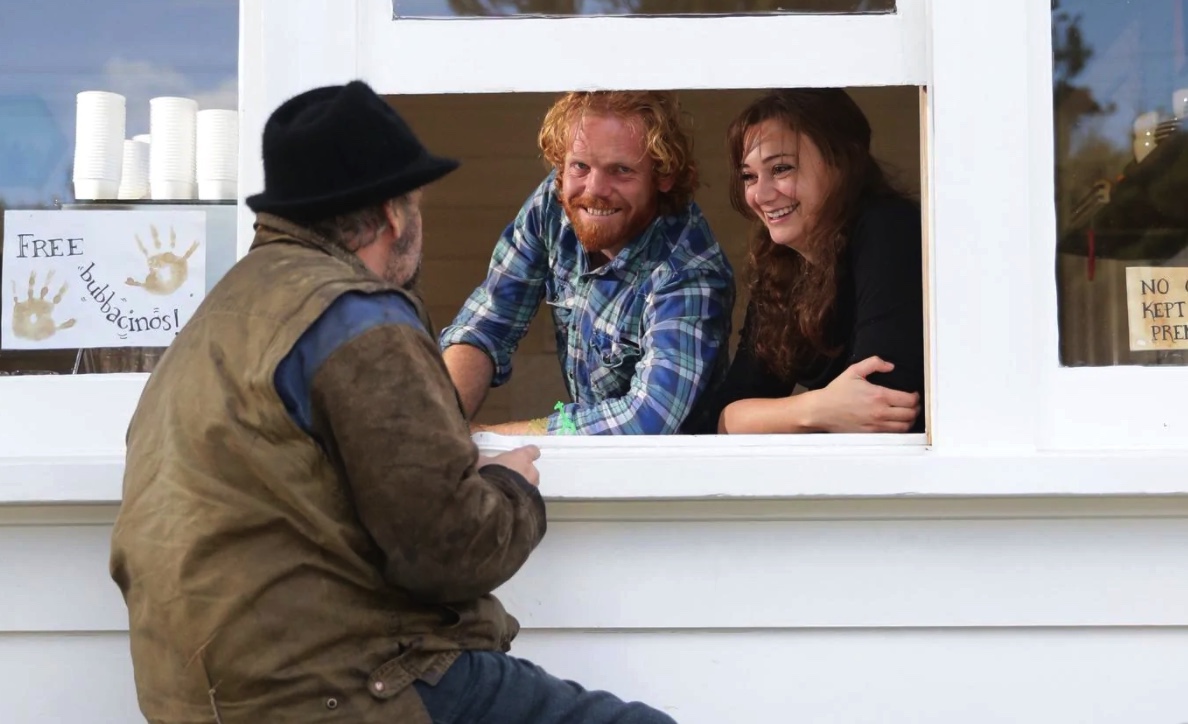 Forget the Fokkers. And the same goes for the dinks, the yuppies, the hipsters and maybe even the old-time seachangers and treechangers. These once trendy tribes are fashionable no more. The latest, the coolest, the hippest new life form to emerge from the Australian demographic soup are the Virus Escapees Seeking Provincial Australia, otherwise known as the VESPAs.

Here’s a pool of people streaming, or should that read scootering, out of the big cities, in search of the safety, the security, the space, the affordability and, in their minds at least, the possibility of introducing their values and lifestyle to provincial cities within striking distance of the capitals.

I am thinking Geelong, Ballarat, Wollongong, Newcastle, Toowoomba and probably also the Sunny and the Gold Coasts as well as “villagey” places such as Robe and Victor Harbor; and I couldn’t leave off this list of very desirable VESPA destinations bustling Busselton and booming Bunbury.

It’s all a bit heady. It’s all very exciting. Demographers are positively giddy with excitement at the prospects of a COVID-inspired switch in the direction of the pattern of Australian settlement. For years, decades even, a brooding and, I suspect, a somewhat resentful regional Australia tithed their youngest and their brightest to the bright lights of our nation’s biggest cities and beyond.

All across Australia the rural, the remote, the modestly populated places for decades conceded their young people to other places. The pattern is evident in a simple map of Australia tracking population growth and loss over the five years to 2019.

See the human spillage to the capital city hinterland. See the hollowing out of the great Australian Wheatbelt. See the barely growing remote communities determined to hang on to every service, to every facility, to their local “shire”, to their sporting teams that have yet to merge with those of nearby towns.

Closer to capital cities the story changes from the injustice of the loss of youth (to the city) to the transaction of outgoing “young exiters” being offset by incoming “older retirees”.

Compare the age profile of Mitchell Shire (includes Kilmore) immediately north of Melbourne (and within commutable distance at a push) with that of Surf Coast Shire (includes Torquay) on Victoria’s west coast. Closer Mitchell concedes less youth than does the more distant Surf Coast. Melbourne is like a magnet attracting 20-somethings out of distant towns.

But it’s a complicated story. Melbourne does indeed soak up youth from the surrounding cities and towns (and mostly in the 20-something age group) but it also pushes out people from the mid-40s onwards.

That is the arrangement that has defined the relationship between regional and metropolitan Australia for a generation or two.

Oh, in their time seachangers and treechangers also rejected the concept of city-centricity, but these movements involved small numbers of retirees, or of those thinking about retirement, or of those who simply woke up one day and decided to reject city life.

I credit Darryl Kerrigan in The Castle (1997) for first encouraging Baby Boomers to “feel the serenity” of regional Australia. Well, a generation beyond being introduced to Darryl’s beloved Bonnie Doon idyll, as well as a global pandemic, it seems that based on anecdotal evidence and residential property sales data for July 2020, there could well be a new narrative driving — or is that scootering? — Australians off to the regions in search of new lifestyle options.

The pandemic has no doubt unnerved many city-based cosmopolitan-living aficionados to the extent that they are now thinking differently.

But there were many warnings of a flee-the-city movement for years, laying the groundwork for the rise of the VESPA tribe. Skyrocketing big-city house prices, security concerns in some parts of some cities, and the advent of gridlock congestion on Saturday mornings were all pointers to a way of life that was neither desirable nor sustainable.

That’s all on the push side (from the city).

On the pull side (to the regions) is the advent of the NBN, which delivers high-speed broadband access to the interior. And then there’s the rains, the bushfire-quelling rains that fell from the heavens in January and February, that acted like a defibrillator to towns and regions knocked for six by successive seasons of debilitating drought.

And perhaps quite understandably all of this human activity is having the effect of encouraging the VESPAs to leave their dingy city offices and seek out a better way, a safer way, a pathway to the people and the places of regional Australia.

And there they are listed by local government area, the regions in demand as measured by the jump in residential property sales in July 2020 as compared with July 2019. And they have such “Australian” names like Wodonga and Wollondilly and Warrnambool and Wingecarribee, where residential sales are up more than 47 per cent over 12 months.

Live in the regions, telecommute, start a business, come up to town as you must, once a week or, better still, once a fortnight. Members of the VESPA movement might well be surprised by the sophistication of regional living as well as the (low) cost.

No need to make over towns that already offer the best of Carlton, the best of Surry Hills, the best of New Farm right there in the safe, secure, affordable, connected regions of Australia. The cafes of Shepparton, Mt Gambier, Tamworth, Ballina and the Latrobe Valley are, I am sure, just as capable of making a smashed avocado that compares with the cafes of central Sydney and Melbourne, and they’ll do it for less.

So, what are you waiting for, VESPAs?

Rev up the Vespa and scooter off to reconnoitre job and lifestyle prospects in the now well-watered towns of regional Australia!

One Reply to “Here Come The VESPAs”