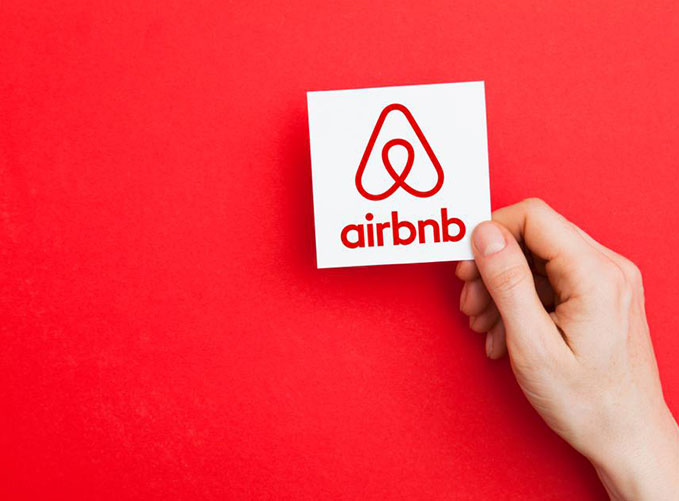 Is Airbnb Really the Problem?

This time last year, I did an article on Short Term Rental Accommodation (STRA). Or, as it is most commonly known as  – Airbnb. You can read that article here. This is one of those problems that just keep going and never seem to be resolved.  For most people in the community, it is the reason why we are having such a housing and rental crisis. If only if it was that simple.

I also have issues with Airbnb and agree it needs to be better regulated. But the idea that by fixing, or eliminating it, we will solve our housing issue is easy to dispute.  It seems to be a convenient kicking-can and bogey man for people who want a quick solution.  I have also heard lots of people blame real estate agents for high property prices – as if they have any power within macroeconomic cycles. My concern is that implementing a faux solution may cause more problems than it solves.

When I wrote about this issue last year, Byron Council were lobbying the State Government to introduce a 90-day limit on STRA (Short Term Rental Accommodation) properties. This did not happen as the state planning minister basically bowed to industry pressure and only brought in minor regulations around tenant behaviour issues. BSC councillors were understandably annoyed that it was not dealt with more strongly. State planning probably dodged it because, in most regional areas, any tourism accommodation is encouraged as it brings in revenue. Only in Byron Shire, and a few other high demand locations is there a strong anti-Airbnb sentiment.

Why It Won’t Work?

The argument that STRA reduces the pool of owner-occupied homes and permanent rentals is true. But there is no certainty that if these properties are no longer used for holiday letting they will go back into the rental pool. Even if they do, they will not be affordable. Byron Shire has some of the most expensive real estate in Australia and, possibly, the world.  Trying to make it suddenly affordable is like trying to stick the genie back in the lamp or get jello to stick to a wall.

Policing and limiting home-sharing platforms in places like Barcelona works because when these apartments go back into the general housing stock, they can be purchased or rented for reasonable prices or rents. Unless some of our Byron councillors have a long term plan to drastically reduce Byron property prices (and it would not shock me if they did), then they need to come clean and explain how they plan to do that. They also need to be transparent that they intend to disadvantage one group of locals over another. The only obvious way to reduce property prices is to stop making Byron a desirable place to live. Is that seriously an option?

Who Are The Landlords?

Over the 20 years of being a buyers agent here, I have dealt with many homebuyers who want to Airbnb. Just prior to the GFC in 2008, there were a lot of buyers, and syndicates of investors, who were purchasing Byron Bay houses, renovating them and then offering them for short term rental. This was a scourge and a disaster for everyone. They were absentee landlords, did not care about the community, only interested in the money and did not oversee the tenants.

But because they were only interested in income, this type of buyer is no longer active here. The reality is that Byron property prices are now so high, the income yield is no longer attractive to investors.  You could say this is the invisible hand of capitalism working as it should. It may happen that STRA yields go higher again and these buyers come back, but it would be a mistake to legislate against something that is not currently a problem. Instead, they need to get working on the impending problem that is coming at us like a tsunami – High Net Worth Individuals parking money in blue-chip properties and keeping them empty.

Yes, there are still buyers of certain properties who want to holiday let and I still get them as clients. It is not as common as in the past and 90% are people who are planning to move here and be permanent residents in a few years time. They are often retirees who have family here and want to come and visit in the non-peak periods and rent it the rest of the time. They are not concerned about servicing debt with yield and will not be put out by a 180 day HL limit, or even a 90 limit. Therefore, they will not put the property back into permanent letting if that plan is introduced and therefore there will be very little increase in the housing pool.

Equally, landlords of multi-million dollar holiday homes in Wategos or Belongil will not suddenly have an attack of goodwill if the 90 day HL limit is introduced. They may put these properties back into the permanent rental pool if they cannot HL, but not at an affordable rental. The technical definition of “affordable rental” is 30-35% of the median wage. People need to accept that there is no affordable rental in Byron. There has not been any for years and there never will be again. In fact, the number of affordable rentals anywhere along the east coast of NSW you could probably count on your fingers and toes.

What Could Go Wrong With Killing Off the Tourism Industry?

Although there are many houses in certain locations that are permanent Holiday Let, is it really hollowing out the community as claimed? Anyone with eyes can see that all the schools in Byron have been building new classrooms. The two Steiner schools have waiting lists a mile long.  Although I can see that STRA is having an effect on the amenity of Byron Bay, it would be a onesided argument to say, let’s eliminate a large portion of the tourism in the Bay because we do not like it. If a survey were to be done that included everyone, my guess would be that the majority would vote to keep the shire vibrant and busy, employed and viable, welcoming and abundant, and arguably the most attractive, desirable and interesting place to be, and live, on the planet.

This success and popularity do come with this inbuilt problem. Limited accommodation forces up property prices.  It is ironic that STRA is the result of a successful strategy implemented after we became labelled as a “Backpacker Party Town”. After one particularly outrageous New Years Eve in the 90s, it was decided that we needed to rebrand away from backpackers and drunken Eurotrash. We pivoted towards attracting a better class of tourist. Families and older couples would stay longer, spend more and be in bed by 9. Oh, that’s interesting! They prefer to stay in private homes over hotels and B&Bs. No problem!

Some locals got to work renovating our old beach houses and renting them out. Therefore we could keep the funky beach town vibe and a three-story building limit and not have to erect ugly brick units and flats in order to have a tourism industry. Seemed like a win/win at the time. Yes, there was a lot of teething problems and many neighbours were seriously affected by noisy, rowdy tenants in holiday mode. The industry through the HLO has been self-managing well to a certain extent are diligent about the minor bad behaviour issues.

Look the Problem in the Eye.

The main reason for this article is to encourage people to focus on the actual issues of why we are having a major housing crisis – not just here, but all over the country. The main reasons are ill-advised and backward-looking government housing policies, incentives to investors and developers instead of funding for social housing, NIMBYism,  short supply of medium density dwellings, expensive building costs (one-third of an average house cost goes to taxes and government fees) and costly regulation around building compliance. These problems will not be solved by only focusing on STRA. Unfortunately, the problem is bigger than that. But, at the very least, we should focus on all of it, just a minor part.

2 Replies to “Is Airbnb Really the Problem?”