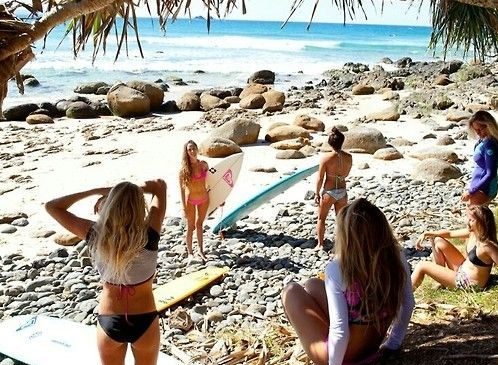 Magical Byron: What Do We Want To Keep?

A while ago I was showing some overseas visitors around Byron. We strolled up to the carpark at the top of Jonson Street. It was sunset and sky was turning a rich, glorious pink. Surfers were peeling down the swell at the Wreck and the drumming circle was going off. It was low tide and a lone figure was drawing perfectly round crop circles in the sand with a garden rake. This was way more than just beach graffiti. It was an intricate, ephemeral artwork as big as a football field.

Natural and human elements combined at that moment and my guests emitted a wordless ‘Wow!’. Visitors to the Burning Man festival held annually in the Nevada desert are asked to commit ‘random acts of senseless beauty’. Here in Byron we have many sights and activities, some subtle, some overwhelming, which enhance our experience of life with acts of senseless beauty.
We need to value these gifts, small and large, and try to keep them alive. Here is the start of a list of the mad and weird things we can cherish and hope will endure. Let’s give them some emotional fertiliser.

The sunset drumming circle at Main Beach carpark is not what it was. It had become one of Byron’s iconic public events, regularly noted on TripAdvisor and other travel websites. Unfortunately, the original protagonist and chief beat keeper, Wawan Prahara, (originally from Indo) passed away in 2018. Since then the circle has struggled to maintain consistency. Let’s try to get a place for the drumming circle enshrined in the masterplan and encourage a new beat-master.

While we are on drumming, lets include the Samba-Blisstas as another iconic Byron drumming institution. Vale Paul Barrett as well who passed away in 2017, but it seems the Blisstas is still carrying on the beat without him.
Byron’s New Year’s Eve celebrations. Kudos to all at Council and in the community who have created this inclusive, family-focused night of fun and harmony in the centre of Byron. This is also emblematic of the new Byron.
The Crystal Castle is also a worthy entrant. Naren King bought this half-finished ‘castle’, located on 25 hectares of denuded paddocks and banana hillsides outside Mullumbimby in 1986. From this Naren and his wife Sono created the magic that is Crystal Castle today. Naren and Sono also sponsor the First Sun dawn event at the Lighthouse on New Year’s morning which is also great.

The road walkers. A big shout out to Alfred, Shanti and the other public eccentrics who still call Byron Shire home. I love that our community has embraced these living remnants of times past and looks after them as our own. Alfred even has his own Facebook page, Where’s Mullum’s Alfred?, started by locals concerned about his welfare on dark nights. How Mullum is that?
Shanti, of course, is the best-dressed hitchhiker on the East Coast. But let’s send love to all our hitch hikers – and pick them up and keep them safe. This may be one of the few places left in the western world where a hitching culture is still alive and active.

What about the places, views and vistas? Sunrise from the lighthouse for a starter. Go on, set the alarm and get up there and see it. Then at sunset, walk up the steps at The Pass to watch the sun go down. There is something magical looking north to Mt Warning and Ocean Shores the way the hills roll into each other. Talk about perfect bookends of the day.
Brays Beach has its own entry. The middle cove at Broken Head is so special and secluded you could be there and imagine being in some isolated tropical paradise.

How about the view heading into Mullumbimby and we see Mount Chincogan slowly rise above the crest of the road?

Ever stopped and parked at the Lennox Headland and watched the surfers?

The first glimpse of that weird, magical hump of Mt Warning on the skyline as you cross the border into NSW and you breathe that first sigh of relief that you’re almost home again. (And you’ve left the Gold Coast behind.)

Have you seen the beautiful view up the valley from the long horizontal window on the west wall of the Tweed Gallery. (Thank you again to Doug Anthony and family for donating the paddock on which the gallery sits.)

Try walking out to the end of the breakwater at Bruns on a stormy day when there is a big swell running. You will know you are alive.