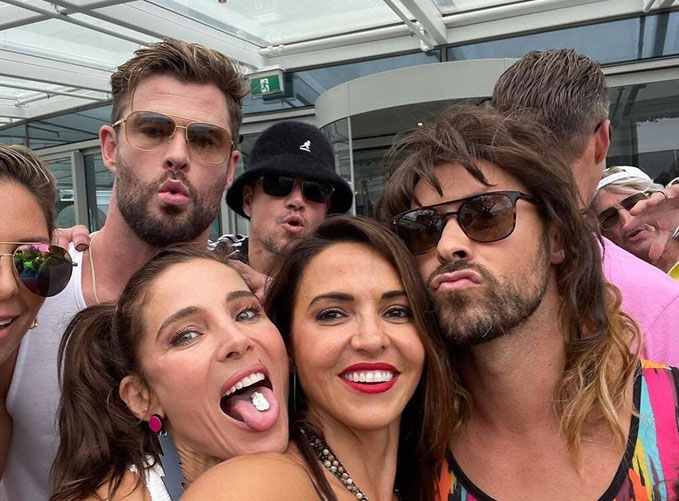 In Australia, Hollywood Stars Have Found an Escape From the Virus. Who’s Jealous?

Dozens of international film productions have been lured to the country, where cases of the coronavirus are few. In turn, actors have found almost paradise.

MELBOURNE, Australia — In the photo posted to Instagram, the actors Chris Hemsworth, Idris Elba and Matt Damon, all wearing 1980s-style sweats, embrace. They are maskless. Touching. Happy, even. The caption reads: “A little 80s themed party never did any harm!” 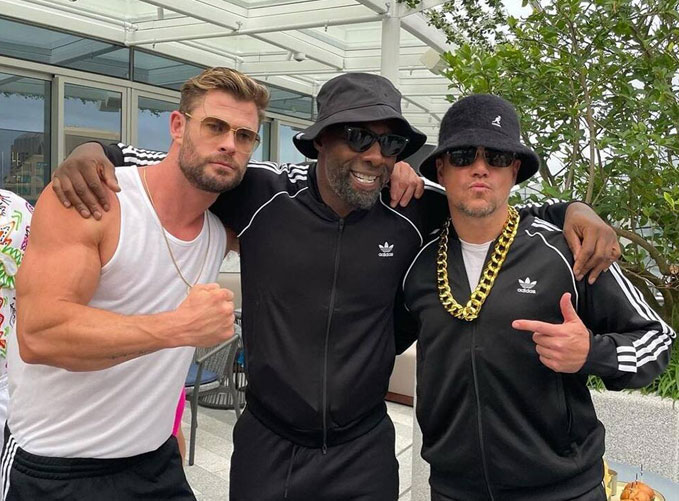 Their fans, indignant, peppered the post with comments. What of the pandemic? Social distancing? Masks? We are still, after all, suffering through a pandemic that has all but crippled the travel industry and blocked most people from casually taking off for vacation in paradise.

But the Hollywood brigade was in Australia, a country that has effectively stamped out the coronavirus, allowing officials to ease restrictions for most gatherings, including parties (with dancing and finger food). As a result of the near-absence of the virus, plus generous subsidies from the Australian government, the country’s film industry has been humming along at an enviable pace for months compared to other locales.

Australia has managed to lure several Hollywood directors and actors to continue film production. In effect, many celebrities, including Natalie Portman, Christian Bale and Melissa McCarthy, have found freedom from the pandemic there.

Though the quickened pace of vaccinations in the United States has raised hope of returning to some semblance of normalcy by the summer, the country still leads the world in the number of coronavirus cases and deaths. Movie theatres reopened only last week in New York City. Some fans are cautiously creeping back, while others are still wary of contracting the virus.

But thousands of miles away, many stars who appear on the big screens can be seen frolicking, or filming, on location in Australia. (Mr Hemsworth is himself a permanent fixture — he moved back to Australia in 2017 after several years of living in Los Angeles.) In the United States, where hundreds are still dying every day, some fans have looked on with envy.

“These Hollywood stars have been transported to another world where the problems of this world aren’t,” said Robert Thompson, a professor of popular culture at Syracuse University in New York. He added that the temporary exodus from the United States revealed a further crumbling of the myth that Hollywood was the endgame for celebrities.

Australia has become the “hip place” where “fabulous people want to go,” Professor Thompson said. “When you’re trying to be a star, you’ve got to go out to the West Coast to make your bones.” When you become “a really big star,” you buy property somewhere exotic, like Australia, he added.

A spokeswoman said the government had helped 22 international productions inject hundreds of millions into the local economy. Paul Fletcher, the federal minister for communications, said, “There’s no doubt it’s a very significant spike on previous levels of activity.”

But even as celebrities preen and pose on social media, some Australians grumble that the country’s strategy for stamping out the virus has left tens of thousands of citizens stranded overseas. The strict border measures have also contributed to a shortage of farm labour.

Exceptions were made for tennis players competing in the Australian Open last month, as well as the staff members who run the tournament. The presence of Hollywood’s rich and famous has further angered critics, who see a clear bending of the rules for those with money and power.

“Everyone knows there’s a separate set of rules, it seems, for everyone that’s a celebrity or has money,” said Daniel Tusia, an Australian who was stuck overseas with his family for several months last year. “There are still plenty of people who haven’t been able to get home, who don’t fall into that category, who are still stranded,” he added.

In an emailed statement, the Australian Border Force said that travel exemptions for film and television productions were “considered where there is evidence of the economic benefit the production will bring to Australia and support from the relevant state authority.”

A year ago, Tom Hanks, Hollywood’s everyman, made all-too-real the threat of the pandemic when he and his wife, Rita Wilson, tested positive for the coronavirus in Queensland, Australia, while he was filming an unnamed Elvis biopic. Their illness made personal a threat whose seriousness was only beginning to become crystallized at the time.

But by May, Australia appeared to be on track to quashing the first wave of the virus, and the soap opera “Neighbors” became one of the world’s first scripted TV series to resume production. The federal government has committed more than $400 million to international productions, which, together with existing subsidies, provides film and television producers with a rebate of up to 30 per cent to shoot in the country.

More than 20 international productions, including “Thor: Love and Thunder,” a Marvel film starring Mr Hemsworth, Mr Damon, Ms Portman, Taika Waititi, Tessa Thompson and Mr Bale; “Three Thousand Years of Longing,” a fantasy romance starring Mr Elba and Tilda Swinton; and “Joe Exotic,” a spinoff of the podcast that preceded the popular Netflix series “Tiger King,” starring the “Saturday Night Live” actress Kate McKinnon as the big-cat enthusiast Carole Baskin, are all either in production or set to be filmed in the coming year.

Ron Howard is directing “Thirteen Lives,” a dramatization of the 2018 Thai rescue of a soccer team from a cave, in Queensland (the coast of Australia makes a good stand-in for the tropics). And later this year, Julia Roberts and George Clooney are set to arrive in the same state to shoot “Ticket to Paradise,” a romantic comedy.

Though a number of American stars have landed in the country for temporary work, some like Ms McCarthy, originally in Australia to work on “Nine Perfect Strangers,” have decided to stay on to shoot other projects, said those in the industry. “Oh, the birds!” she gushed in a YouTube video. “I love that I’ve seen a spider the size of my head.”

Others, like Zac Efron, appear to have settled here permanently.

His Instagram is flush with Australiana: Here he is in a hammock, in the red-earth desert, appearing to participate in an Indigenous ceremony or wearing the Australian cowboy hat, an Akubra. Last year, Mr Efron even got what an Adelaide hairdresser described as a “mullet,” a much-maligned hairstyle popular in Australia.

“Home sweet home,” he captioned one image of himself in front of a camper worth more than $100,000.

Chances are the stars will keep showing up. They’ve been spotted camping under the stars, heading out to dinner sans masks, and partying (yes, like it’s 1989). Mr Damon said in January that Australia was definitely a “lucky country.”

But locals in Byron Bay — the seaside town that in recent years has been transformed from hippie to glittering — have complained that the influx of stars in the past year has irreparably changed the town.

“The actors and the famous people are the tips of the iceberg,” said James McMillan, a local artist and the director of the Byron Bay Surf Festival. He added that the large cohort of production crew members from Melbourne and Sydney was pricing locals out of real estate.

“It’s definitely changed more than I’ve ever seen it change in the past 12 months,” Mr McMillan, who has lived in Byron Bay for two decades, added. “People have got stars in their eyes.”