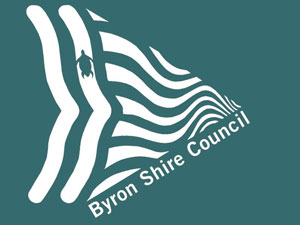 Who Sets the Agenda

BPS newsletter tries to stay away from politics. But there is one major issue affecting Byron Shire Council that is not receiving scrutiny. We are now less than a year away from the next council election in September 2020 and this situation could go from bad to worse. It seems that a group known as the Deep Greens has hijacked the current democratically elected council.

The election of four Greens councillors three years ago meant we had a majority Green council. But these councillors are now under siege from within their own ranks. It is no secret that the NSW branch of the Greens Party has been at each other’s throats for years and this acrimony has now reached Byron Shire Council. The four moderate Greens are being vilified for not magically and immediately returning Byron Shire to some mythical ecological utopia.

Who Sets The Agenda?

The group known as the Deep Greens are ex-mayor Jan Barham, ex-councillors Duncan Dey and Tom Tabbart and independent activists Mathew O’Reilly (AKA Cleva) and of course, John Anderson (AKA Fast Bucks). Only two current councillors, Kate Coorey and Basil Cameron, are part of this group. Democracy is not well-served when this clique, most of them unelected, get to run the agenda.

The Residential Settlement Strategy, outlined in the previous article, is a good example. This is a major document destined to set the development agenda for Byron Shire for the next 20 years. And even before it is absorbed and discussed by the community, the Deep Greens are calling for another moratorium on any new Development Applications.

This ‘Just Say No’ policy has worked in the past and was probably appropriate for its time. It was necessary to hold off development while new STPs (Sewerage Treatment Plants) were completed. The Deep Green argument now is that we need to put a halt to new DAs until we have improved our local infrastructure.

On the surface that may sound reasonable – but it is a ruse. They are not naïve and know that improved infrastructure is tied to a council’s ability to raise funds. And they know that rates and Section 94 Developer Contributions are the main sources of council income. Our rates are already at the highest level allowed, and with no new development, there would be no Developer Contributions to pay for improvements to infrastructure. The Deep Greens dream of returning Byron to some illusory past and simplistically ignore the fact that unmanaged change will run us over like a freight train.

The moderate Green councillors have attracted what I consider to be an unwarranted degree of flack. It has been personal and vicious. The situation will get worse if well qualified, reasonable people choose not to run for council because they know their lives will be made miserable by trolls and blowhards.

No one has put these detractors under the microscope – and there is a lot to look at. Some of their behaviour should be called out for what it is. It is surprising the only place some are taken seriously is in the pages of Letters to the Editor.

One of the current councillors recently went on a tirade about a fairly reasonable applicant’s DA variation, even stating that variations should not be allowed. Interesting that the same councillor has their own DA variation approved. The sole right-wing councillor is also not blameless. He was able to ram through a ‘truck stop’ on his own land in a rural zone last year.

Saltbush on the Wound

Anyone who attends council meetings will be aware of one activist who is often the lead voice in attacking and destroying others’ ventures. How does he find the time or resources for such a large amount of selfless civic duty? Is it possible his father supports him in these efforts to protect the biosphere? Is the father one of Australia’s leading coal mining engineers/consultants and a member of the Saltbush Club? The Saltbush Club is an organisation of 75 of Australia’s leading mining profiteers and an active voice for climate change deniers?

Are the father and son not co-directors in their own massive DA process that includes extensive retail infrastructure on their own rural land? It should be acknowledged that there are a few ex-coal miners already in the shire who have used their wealth to finance substantial native forest regeneration. Maybe this ex-coal profiteer will do the same. But would it not still be hypocritical for this person to be railing against others’ DAs, calling for a moratorium on all future DAs, but only after their own has been lodged with council?

One could ask these questions, but for some reason no one is.