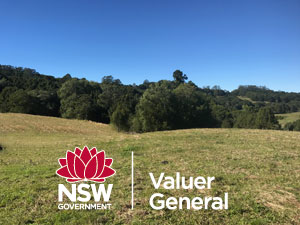 The NSW Valuer-General just released the latest official land values. The office of State Revenue follows the property price trends. Every two years, this government department releases the land valuations on what landowners (who own more than their own owner-occupied properties) have to pay land tax.