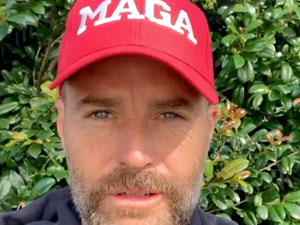 Peter Evans, was previously the co-host of My Kitchen Rules and moved to Byron Bay last year. He sold his multi-million dollar property in Sydney and is now opening a wellness centre at the Habitat. Evans is also known as Paleo Pete and is notorious for unconventional views around diet and health issues, conspiracy theories and anti-vaccination.

The “holistic” land-sharing community he is promoting promises a return to “tribal living” but has been knocked back by the local council. Tweed Shire Council voted on September 17 not to grant consent for upgrades to the access road for the planned “Nightcap On Minjungbal” at Mt Burrell, west of Uki.

The company involved owns the 1400-hectares. A share in the company grants the shareholder a 1ha allotment that is currently for sale for $275,000. The mayor said: “It was premature. Any developer that sells pre-DA allotments without approval is taking a risk”. “Nightcap On Minjungbal” sits behind Mount Warning where the developers intend to sell 867 dwelling sites. It has a high bushfire risk zone which was another concern with the plan.

In a promotional video fronted by Pete Evans, Sydney financier and property developer Derek Zillman, who is one of the directors of the company behind Nightcap said: “We have had people who have bought in from Germany, Western Australia, Victoria, Queensland and NSW.” Pete Evans says of the planned community in the promotional video: “Self-reliance, self-empowerment, connection to the earth, connection to spirit, connection to each other. There’s not much else to say except, I am f…ing in. I’m f…ing in.”