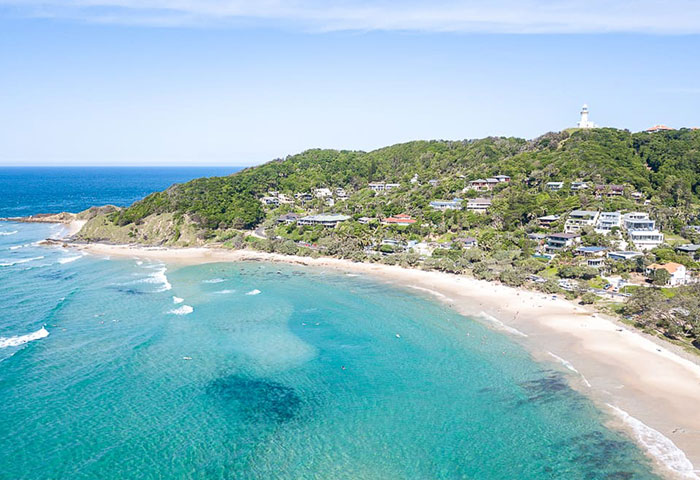 Another Wategos Beach property has sold for more than $16 million in an off-market sale. The Marine Parade property comes after the well-publicised sale next door at 35 Marine Parade. This was a North Coast high of $22 million to Rip Curl founder Brian Singer. The seller was Melbourne based businessman Rick Townsend who purchased it for $900,000 in 1994.

The buyers are Emma Gibson, head of Aquamamma pregnancy hydration solution, and her husband Robert Bates. Bates co-founded 7 Trinity Biotech.  The company has a suite of health and technology startups.

The agent was Liam Annesley, who has left LJ Hooker Byron Bay and started his own brand,  Byron Bay Real Estate Agency. He also sold WhaleWatchers at the eastern end of Marine Parade. It sold in the last days of 2019 for $12 million to Brett Whiteley art dealer Steve Nasteski. This was well down on the hoped-for $18.5 mil that it was originally listed for.