Bad Blood at the Beachie 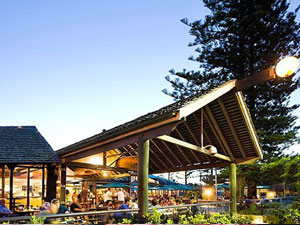 Bad Blood at the Beachie

A previous owner of Byron’s iconic Beach Hotel is now facing legal issues with inappropriate usage of funds. Melbourne-based investor and race car driver, Max Twigg, lost a lengthy court battle in which he was sued by his mother, Diane, and sisters, Frances and Elizabeth. Justice Michael Ball handed down his judgment in the NSW Supreme Court on August 31. The court heard Mr. Twigg had committed “breaches of trust”. After his father, William Twigg, passed away in 1996, Max Twigg then began managing the companies within the Twigg Group. But his mother and sisters were shareholders and kept in dark with many of the purchasers.

When the Twigg Group sold to Cleanaway Waste Management Ltd for $155.8 million in 2007, Mr. Twigg gave his mother and sisters a $5 million “gift” each. Max Twigg purchased the “Beachie” for $44 mil in 2007 and sold it 10 years later to Impact Investment Group for $70 mil.

The Beach Hotel is an iconic Byron Bay institution. Its interesting history in many ways reflects the growth and changes of the town itself. Read about the amazing story here.