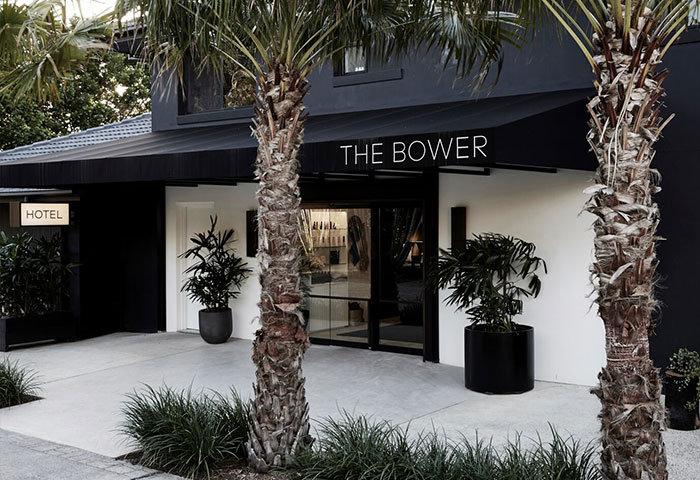 Publicans Fraser Short and Stu Laundy are the new owners of the Farm. The successful venture just off the highway in Ewingsdale was only recently rumoured to be for sale. The new owners intend to keep he successful formula developed by Tom Lane and his wife Emma. Speculation is happening on what the Lanes will be up to next. The price tag of $20 mil was in the air but gossip has it that $16 mil was the final price – but apparently, “everyone is happy”. The Lanes are also the owners of The Range, where Nicole and Keith are staying while filming here. (More in Around The Traps)

This newly renovated Byron Bay boutique property was reported as sold for $18 mil. The actual sale price was $15 mil. This is the first genuine hotel transaction during the pandemic and it has been a morale booster for the whole Australian hotel industry. Sein Lowry, from the Arts Factory, and Byron Bay emergency physician Blake Eddington listed it in January for around $20 million. Gold Coast-based Guok family were the purchasers. The former motel opened last year following an extensive New York-inspired makeover. Watch out for a similar transformation to be happening at the Sunseeker Motel just down the road. This sale follows on from the recent sale for $42 mil for Byron at Byron.

One of Australia’s first purpose-built backpackers, the Byron Bay Holiday Village, has hit the block in Byron Bay with price expectations of up to $20 million. The property, located at 116-118 Jonson Street, is among the last significant multi-story developable sites in the centre of town. The 4,282sq metre site, shares the same zoning as the adjoining and recently completed Mercato on Byron development and is being handled by JLL’s John Musca and Elliott O’Shea. This is the same team that negotiated the Byron Bay Beach Hotel sale for $104 mil last year.